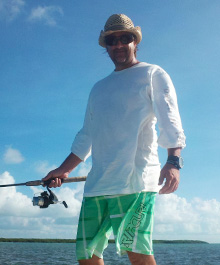 Chris Stacey, founder of Rock The Ocean, is a passionate ocean man who also happens to have almost 20 years experience in the music industry.

He has a long track record of working with some of the biggest names in music, promoting artists including Blake Shelton, Shania Twain, Bob Dylan, John Mayer, Joss Stone, Toby Keith, Willie Nelson, Counting Crows, Hunter Hayes, Brett Eldredge, and hundreds of others over the years.

His career started as an intern for MCA Records in 1990 while he was still in college. Chris was passionate about music and his marketing and promotion ability quickly showed. He eventually landed his first “real job” as a regional promoter for Mercury Records in 1993. He worked his way up the food chain at Mercury Records over the next 10 years, where he eventually became the Senior Vice President of Promotion.

In 2000, his mentor Luke Lewis, Chairman of UMGN, asked Stacey to help him start a new record label—Lost Highway Records, where Stacey was named Senior Vice President of Promotion and Artist Development. The new label was a massive success, garnering 17 GRAMMY nominations in its first year!

While at Vector, Stacey had a vision that the mobile phone was the next frontier in the music space. He subsequently founded Hurricane Interactive Promotions (HIP), a company that specialized in connecting artists to their fans via mobile phone marketing.

HIP was then acquired by Silicone Valley startup Mozes. Stacey ran the Music Division of Mozes and continued to be a leader in the music and digital marketing space. Stacey brokered marketing agreements with many of the biggest brands and bands in music such as Taylor Swift, Pearl Jam, Keith Urban, Rascal Flatts, Kanye West, Lil Wayne, Universal Music Group, EMI and Sony Music, Live Nation, and many more.

Stacey jumped back into the core of the music business as the SVP of Promotion at Warner Music Nashville. He was responsible for architecting the promotion plans that have led Blake Shelton to 11 consecutive #1 singles and a CMA Award for Entertainer of the Year. He has also launched Hunter Hayes to multi-platinum status and led record-setting campaigns for Faith Hill, Brett Eldredge, Frankie Ballard, Gloriana, and many other bands. Warner Music’s chart share has doubled under Stacey’s leadership.

Stacey left Warner Brothers in April of 2014 to join forces with music industry pioneer Scott Borchetta as the General Manager of the legendary Dot Records brand.

Stacey has taken his love of music and the ocean and parlayed them into the vision for Rock The Ocean’s Tortuga Music Festival. The festival has an overarching goal of increasing awareness about the threats facing our world’s oceans. 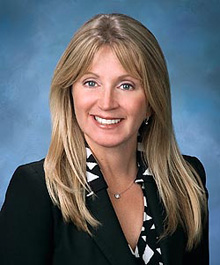 Mann presently serves as the Assistant Dean of Advancement for the University of Miami’s Rosenstiel School of Marine and Atmospheric Science and the Abess Center for Ecosystem Science and Policy. Since rejoining the University of Miami in August 2009 to lead the advancement team in an ambitious $70 million capital fundraising campaign, Mann has raised $20 million and secured additional pledges of $25 million from local, state and national sources, enabling the school to begin construction of a new seawater building and increase its endowment.

From 2006-2009, Mann served as the Program Director for the Herbert W. Hoover Foundation and was a principal partner of the Hoover Environmental Group, a Florida-based corporation dedicated to creating solutions for environmental challenges. Mann was also the founder of Save the Blue, a non-profit organization focusing on solutions to water conservation issues.

Mann served as a Director of Nova Southern University’s Oceanographic Center from July 2006-December 2007 where she developed a national board of advisors and implemented a $50 million capital fundraising campaign. Mann raised $3.4 million from state and federal governments to support the 11th International Coral Reef Symposium held in Ft. Lauderdale, FL in July 2008 and played a lead role in its coordination and management.

From October 2003-June 2006, Mann served as Director of Operations and Program Development for the Pew Institute for Ocean Science. The Pew Institute for Ocean Science was founded in October 2003 at the University of Miami’s Rosenstiel School of Marine and Atmospheric Science with the generous support of the Pew Charitable Trusts to develop world-class marine conservation science programs. In this position, she established the Pew Institute at the University of Miami, setting up offices in Miami and New York City. She managed a staff of scientists and administrators working on international research and marine conservation programs while successfully fundraising $3 million per year, matching contributions of the Pew Charitable Trusts.

Her expertise in marine conservation and successful development campaigns began with her position as Assistant Dean of Development (1995-2001) for the Rosenstiel School of Marine and Atmospheric Science at the University of Miami where Mann successfully developed and implemented a $30 million capital fundraising campaign strategy for the University of Miami’s Center for Sustainable Fisheries. In connection with the campaign, she created and directed a board of advisors consisting of national CEOs and celebrities while cultivating major gifts from corporations, foundations, and individuals. Her ability to understand and communicate scientific initiatives and research programs to donors and funders has resulted in over $90 million raised for marine science, conservation, and education programs nationwide.

Mann’s accomplishments encompass the areas of leadership and development training, as well as helping organizations enhance their internal skill sets. She has mentored and trained management, faculty, staff, and volunteers in the fundraising process and has developed and trained Board of Directors for numerous organizations while helping to develop marketing and public relations programs and practices.

In the private sector, Mann has also demonstrated her ability to create successful and profitable business development strategies and practices.

Mann has provided marketing, public relations, and fundraising consulting for numerous civic and not-for-profit organizations, including the Miami-Dade County Public School System, the City of South Miami, Alliance for Youth, Inc., University of Miami’s Citizens Board and School of Communication, the Society for Environmental Journalists, the Guy Harvey Ocean Foundation, and the Virginia Aquarium.

A Miami native, Mann is a graduate of the University of Miami.

rotate your phone
for a better view