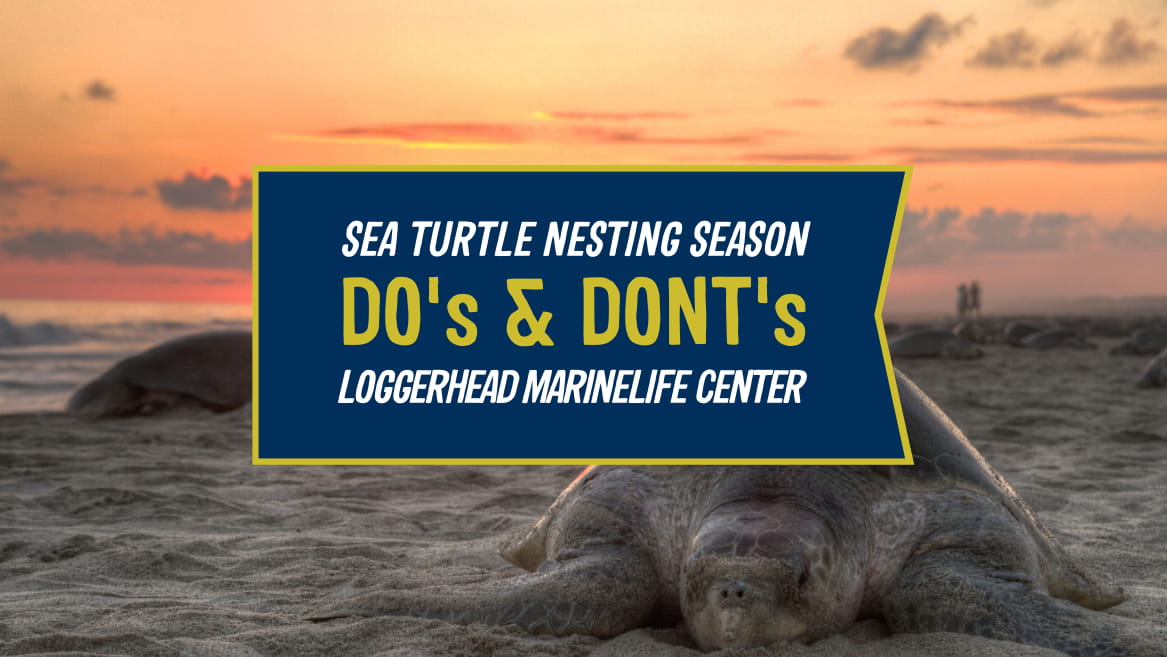 The numbers above reflect the significance of the 9.5-mile stretch of beach that’s annually monitored by LMC. The Center monitors and protects one of the most prominent sea turtle nesting sites on the planet.

For 46 years, LMC’s data has helped steer officials, collaborators and sustainability experts with fact-based decisions to improve conditions for sea turtles and their habitats. When monitoring sea turtle nesting, the Center acquires a trove of scientific data. LMC’s researchers collect data on nesting counts, nest productivity, insights on potential threats, findings on appropriate nesting incubation temperatures and information about habitat loss. Retrieved data also provide greater information on shorebirds, the strength of dune ecosystems, marine debris, and insights on what types of sand is best to use during beach renourishment.

“Palm Beach County beaches account for approximately 25 percent of all sea turtle nests laid in the state of Florida, making our local beaches crucial local nesting habitat for Florida’s sea turtles,” said Dr. Justin Perrault, LMC Director of Research. “Continued studies of this species have the potential to develop new policies and programs that benefit sea turtles and their ecosystems.”

During the 2019 sea turtle nesting season, the Center calculated that the total recorded nests likely produced 1.35 million sea turtle hatchlings, making the 9.5-mile stretch of beach one of the most important rookeries in the world.

The Center remains vigilant given the nesting trends across the State of Florida, which report increasing green sea turtle counts and stable loggerhead subpopulations, but a decline in leatherback sea turtles.

Leatherback sea turtle hatchlings made their way to the ocean during the 2019 nesting season.

Leatherback sea turtle hatchlings made their way to the ocean during the 2019 nesting season.

Human-caused threats are still the greatest issues that sea turtles face and it is critical for the public and policy makers to understand the modern day threats facing sea turtles and marine life such as, marine debris, habitat loss and reduced water quality.

With the help of its local and global networks, LMC will continue elevating its conservation and education efforts worldwide. Sea turtles are protected by Federal and State laws and LMC encourages all beach goers to abide by the following rules on beaches to protect sea turtles and nesting sites:

During periods of heavier wind or wave action on Florida’s coastline, sea turtle eggs may become exposed. LMC advises beachgoers to leave exposed eggs and nests untouched; disoriented hatchlings should be brought to the Center’s 24-hour, hatchling rescue cooler, which is located at the entrance of the center. Threatened and endangered hatchlings should be transported with extreme care, in a bucket with damp sand and no water, to prevent accidental drowning.

Loggerhead's PhD lead research biologists monitor one of the most densely nested loggerhead sea turtle beaches in the world. Through their comprehensive datasets and innovative studies, they are able to determine threats affecting the health of our sea turtles, oceans and ultimately us. Their research and datasets are invaluable not only to scientists, but also to local, national and international coastal managers.